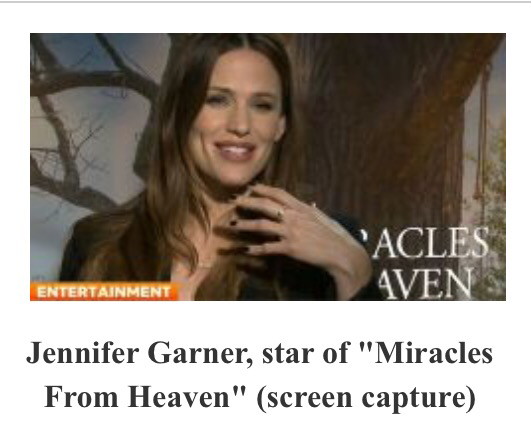 Christian-themed film “Miracles From Heaven” had a strong opening this past weekend, bringing in $18.6 million over five days (the film opened on Wednesday, March 16). The film made $15 million over the March 18 weekend.
“Miracles From Heaven” is based on the memoir by Christy Beam (played in the film by Jennifer Garner), whose young daughter (played in the movie by Kylie Rogers) made a miraculous recovery from an incurable disease. Joe Roth and minister T.D. Jakes produced the film, which came in No. 3 after “Zootopia” and “The Divergent Series: Allegiant.” which opened March 18 and made $29 million. Animated film “Zootopia,” which was released March 4, made $34 million over the weekend. “Zootopia” has grossed over $200 million. 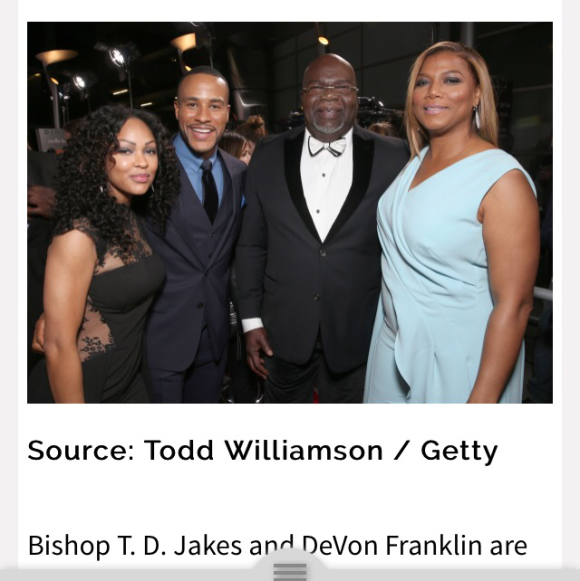 In fourth place was “10 Cloverfield Lane,” a horror movie which was released March 11 which made $12 million over the weekend and has grossed over $45 million. In fifth place was “Deadpool,” the R-rated superhero film that was released February 12 and has earned over $340 million. Rounding out the top ten are “London Has Fallen,” “Whiskey Tango Foxtrot,” “The Perfect Match, “The Brothers Grimsby,” and “Risen.”
“Risen,” a film about a Roman soldier tasked with finding the body of Jesus after the Resurrection, was released February 19 and made just over $1 million over the March 18 weekend. The film has grossed $34 million.

“This is a big win for us, and the movie will continue to expand through and beyond Easter weekend,” Sony distribution chief Rory Bruer said about “Miracles From Heaven.” “You could see how the film kept growing, and we’re playing beyond just Christian audiences.”

Hello World, my name is Emmanuel Victor Agyare. I describe myself as a prolific article writer and an inspirational blogger. This website is managed and owned by myself and my lovely wife, Princess Harmon who is an editor and a co-contributor of this website.

It is truly our greatest heart's desire to help others find encouragement and fulfilment through a balance of healthy living principles, posts and blogs on this website.

I will encourage anyone reading this now not to lose hope in life no matter how hard things will be. Persevere and never give up. There's room for everyone at the top. Enjoy this website!!!